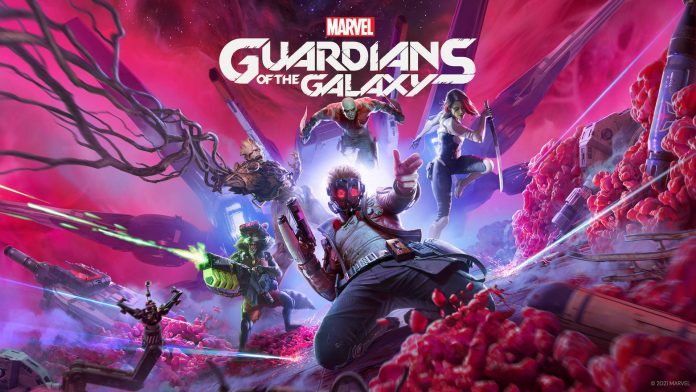 Marvel's Guardians of the Galaxy is a very good video game. It finds its voice somewhere between Uncharted and Mass Effect with gorgeous visuals, fun characters, and a great story. Though it leaves plenty of room for improvement in gameplay.

…but the characters also make fun of you for doing it 🤣🤣 pic.twitter.com/DKRfbJc7d1

Eidos Montreal’s Guardians of the Galaxy is a AAA single-player story-driven adventure that features amazing writing and the best licensed game soundtrack since GTA Vice City. If you’re a fan of the characters you’ll love playing through this epic story. https://t.co/Z30zWUehcj

Yea that new GUARDIANS OF THE GALAXY game is really good. Only played a small bit so far but especially the combat has stood out to me as really enjoyable and kept me engaged for the entire time. Well worth a Day 1 purchase I’d say. pic.twitter.com/mn5Uzt77uN

I've been dropping hints all week, but now the embargo is lifted! I can confidently say GotG is an awesome game! pic.twitter.com/XmW1Dw9ySb

Marvel’s Guardians of the Galaxy delivers a hard-rocking space adventure filled with thrilling action, captivating alien worlds, and memorable characters. It's one of the best games of 2021.

Check out my full review. https://t.co/q31IXO9WMA

Follow and RT with #GOTGGameSweepstakes for a chance to win this custom Xbox Series X, Xbox Wireless Controller, and Marvel's Guardians of the Galaxy: Cosmic Deluxe Edition.

Guardians of the Galaxy and its attempts give me hope for the future. It doesn't always hit, but in the era of risk response games seem made in, it feels fresh.
Guardians is a lot like its characters, it just goes for it.

I’ve been playing it since last week and it’s an absolute blast. Stay tuned tonight over at @TheMarvelists for our full review of @GOTGTheGame. #GuardiansOfTheGalaxy pic.twitter.com/loMdAKrTnC

#GOTGgame is quite possibly the surprise hit of the year and in the running for our Game of the Year! Our review: https://t.co/5x1KkIoigR