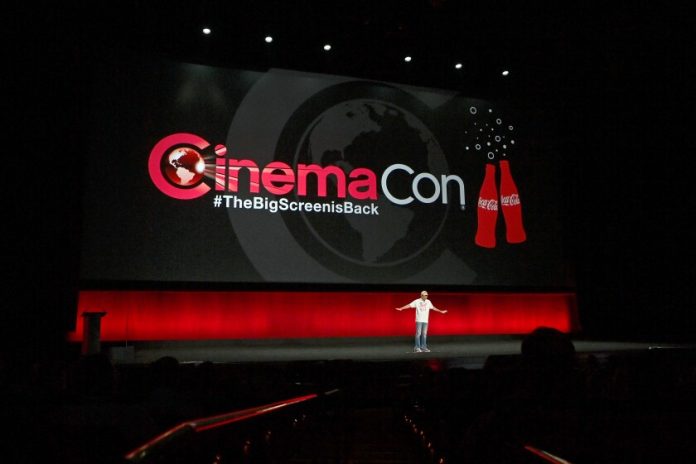 JUST IN: Avatar 2 is called Avatar: The Way of Water. The first footage was STUNNING. The footage we just watched will play only in theaters with #DoctorStrange  next week. A week later it will be online.#CinemaCon pic.twitter.com/ytDy6tnvrz

The first and only place to experience the @officialavatar teaser trailer will be next week, only in theaters, during the @DrStrange release.

Here we go… #Avatar2 is the finisher for Disney at #CinemaCon. Producer Jon Landau is on stage now. They are re-releasing the original Avatar in theaters around the world this September, remastering the picture & sound. “Each sequel will play out as a standalone movie.” pic.twitter.com/8sR99ABcwV

Looks like #Disney went old school with their #Cinemacon2022 panel & just showed large chunks of their upcoming movies to attendees only.

Biggest news is #MCU doing a creative retreat to plan next few years of content – which is what comic book companies do! pic.twitter.com/2q3zRwIFvG

That [board] takes us through the next decade and [those films] are unique and special and they are meant for your theaters.

Kevin Feige is headed to a Marvel creative team retreat where they are planning out the next 10 years of MCU projects pic.twitter.com/dn8oxPUSvw

Marvel Studios is spending this week developing the next 10 years of MCU plans.

Disney highlighted #MarvelStudios' next 6 movies on its upcoming slate at #CinemaCon: https://t.co/19wTywfabd pic.twitter.com/iR8USoSx9V

THEY JUST SHOWED 20 MINUTES OF DOCTOR STRANGE AT CINEMA CON

Robert Pattinson and Matt Reeves will both return for #TheBatman sequel. pic.twitter.com/Hq7nISVG05

“You wanna get nuts? Let’s get nuts!” We just saw a new trailer for #TheFlash that ends with Michael Keaton’s Batman delivering that classic Batman line. Bunch of new footage, including several Batman suits, Batmobile shots & a quick look at Michael Shannon’s Zod, too! #CinemaCon pic.twitter.com/OXH2puFOgu

Michael Shannon will return as Zod in ‘THE FLASH’. pic.twitter.com/Xio4IKDXPc

In footage shown at #CinemaCon, Michael Keaton’s Batman asks Barry “You wanna get nuts? C’mon let’s get nuts!” in ‘THE FLASH’. pic.twitter.com/7R59twhCWU

They just dropped the first full trailer for #ShazamFuryOfTheGods, which has the best Fast & Furious joke in it, directed at Helen Mirren’s villain. Lots of laughs. DC’s funniest series, imo, and it looks great. Much bigger than the first film. In theaters 12/12.#CinemaCon pic.twitter.com/b6oCNkiOwT

The #CinemaCon footage for ‘SHAZAM: FURY OF THE GODS!’ includes Billy telling Helen Mirren’s villain character that he's seen ‘Fast & Furious’ so he knows saving the world is about family, which is when The Shazam Family appears.

‘AQUAMAN AND THE LOST KINGDOM’ will follow Aquaman and Orm who reluctantly team up to face a stronger Black Manta and his army. pic.twitter.com/SFOnlezeeq

Amber Heard doesn’t have a big role in aquaman 2 💀

A new trailer for ‘Black Adam’ has been shown at CinemaCon!⚡️

– Footage is described as dark & badass
– Ends with Black Adam catching a rocket with his hand & watching it explode around him.
– “Heroes don’t kill people…”
“Well I do” – Black Adam pic.twitter.com/YCu9eOsNi9

“Heroes don’t kill people…”
“Well I do”
DAAAMMNN! The first #BlackAdam trailer is dark, dangerous & badass. Ends with Black Adam catching a rocket with his bare hand & watching it explode around him. @TheRock says there’s black & white, but this film operates more in the grey. pic.twitter.com/wkRJlkCesh