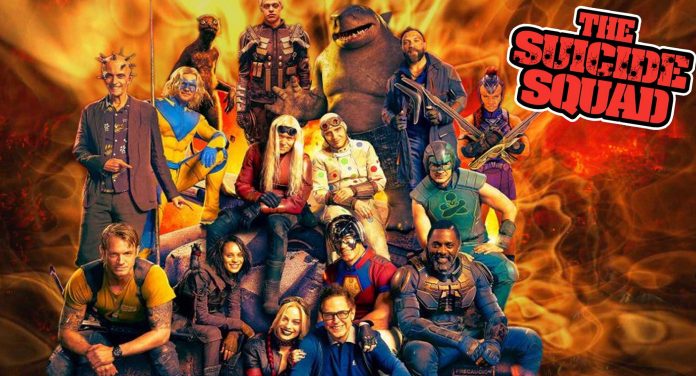 #TheSuicideSquad is a film that delivers on its promise. It’s fun, very chaotic, extremely violent, hilarious & keeps you on the edge of your seat. This is exactly how a Suicide Squad movie should look. The cast’s chemistry is superb & allows everyone a chance to shine. pic.twitter.com/DbJuLrJEyn

The Suicide Squad is as funny, irreverent and violent as promised.
What I liked best, though, was its heart. Gunn really balances the silly and the serious in a way that the two compliment each other really well. I dug it. Also? King Shark RULES. pic.twitter.com/QgzSqwxY8C

Just got out of a screening of #TheSuicideSquad and I gotta say it was LIFE!! So insanely violent, wide on it’s level of scope, humor is at a all time best for DC, and it is sooo much fun! @JamesGunn you freakin genius, thank you!! (I’ll be tweeting about this all day!) pic.twitter.com/beQksFZLSb

The Suicide Squad is all kinds of kick-ass. Exactly the kind of clever fun we've come to expect from James Gunn, mixed with some fantastic brutality and excellent twists and turns. Hard to even name a standout in the ensemble because everyone is just wonderful. Get excited! pic.twitter.com/ajZjKi5faZ

#TheSuicideSquad feels like a comic-book splashed on the big screen, complete with glorious visuals and killer action.

I don't want to be that "best movie ever" type of guy but #TheSuicideSquad is truly one of my new fav cbms. It's hilarious sure but it's also full of heart & gusto.

These are my initial thoughts but I'll be posting more soon. This movie just made me so f*cking happy. https://t.co/yDcr080Bwz